Scientists from the Paderborn University and the Beijing Institute of Technology have succeeded in demonstrating cryptographic secret sharing using a holographic method. Cryptographic secret sharing is about distributing a secret among different people (shareholders) without disclosing any information about this secret to the people involved. In the concept developed by the scientists, tiny nanostructures on surfaces, the so-called metasurfaces, serve as information carriers that generate a holographic image when they are illuminated by a laser beam.

In contrast to classical holograms, the phase masks of the here used computer-generated holograms are initially calculated on the computer. This method has the advantage that very complex holographic functionalities can be implemented and that arbitrary information like images, can be hidden within the hologram. In order to achieve the best possible realization of all holographic images in the present case, the phase masks of all meta-surfaces were optimized simultaneously using a gradient calculation. The so obtained local phases were then encoded into the fabricated metasurfaces via the rotation of the nanostructures, which lead to a local delay of the light wavefront in the circular polarization states and thus to the creation of the holographic image.

In addition to the secret sharing concept, the scientists were also able to show that different holographic images for different cascaded arrangements can be encoded into the metasurfaces. Among other things, this translational multiplexing method offers the possibility of constructing an optical ruler which repeatedly generates different holographic images when the two meta-surfaces are shifted against each other. The spatial resolution that can be achieved in this case can be less than the wavelength of the light used.

The work was publiished in Science Advances can be found under the following link. 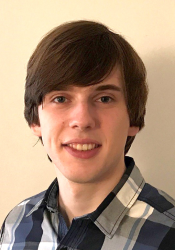 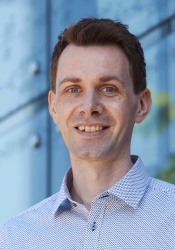