Torsten Meier studied Physics at the Philipps-University Marburg and received his Diploma in 1992. From 1992-1994 he continued as a PhD student in Marburg and received his doctoral degree Dr. rer. nat. with distinction. From 1995-1997 he stayed as a Post-Doc at the Department of Chemistry, University of Rochester, New York, USA. Afterwards, he returned to Marburg where he received his Habilitation in 2000. From 2002-2007 he was funded as a Heisenberg fellow by the German Research Foundation (DFG).
In April 2007 he started as a full professor (W3) for theoretical physics in the Department of Physics at the University of Paderborn where he is the head of the “Computational Optoelectronics and Photonics” group.
From October 2011 until March 2018 he was Dean of the Faculty of Science.
Since April 2018 he is Vice-President for International Relations.

Metrics: Torsten is author or co-author of more than 200 scientific publications, which have received more than 5000 citations (h-index: 35 Web of Science / 42 google scholar) and is author of the textbook “Coherent Semiconductor Optics: From Basic Concepts to Nanostructure Applications” (T. Meier, P. Thomas, S.W. Koch) 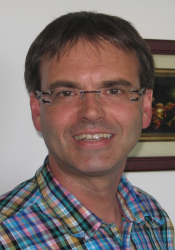